A new national nonprofit called HealthTech4Medicaid (HT4M) is being created with the mission to improve quality and access for Medicaid recipients by helping to support new ideas in the space.

The J.P. Morgan Healthcare Conference in San Francisco is often considered to be the top healthcare investing conference in the world, but after attending for a few years ConsejoSano CEO Abner Mason found that the Medicaid population that his company largely serves were sidelined in the event’s discussions.

That lack of conversation represents a huge disconnect, especially when considering the fact that more than 75 million people in the country are Medicaid beneficiaries, making it the single largest healthcare coverage program in the U.S. 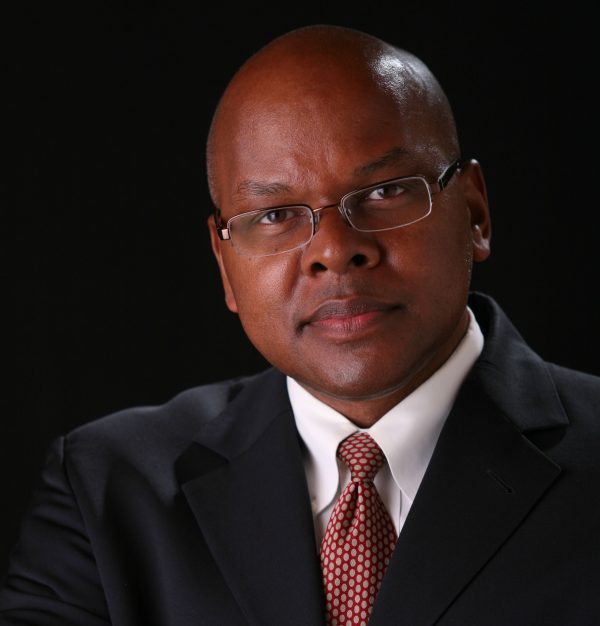 Abner Mason, CEO of ConsejoSano and founder and co-chair of HT4M

What resulted was a gathering focused on the future of Medicaid during the J.P. Morgan Conference featuring speakers including former CMS administrator Andy Slavitt, which was spearheaded by ConsejoSano.

The forum was a hit, but Mason felt in order to capitalize on the momentum created by his efforts, more needed to be done.

Thus, a new national nonprofit called HealthTech4Medicaid (HT4M) was born with the mission to improve quality and access for Medicaid recipients by helping to support new ideas in the space. The organization is launching this week with Mason and Wildflower Health CEO Leah Sparks serving as the group’s co-chairs.

“It sort of dawned on me that in order to drive innovation in Medicaid, maybe we should help the innovators. I’m one little company, but I realized if we could bring all the other CEOs together we could really find ways to support each other, share best practices and maybe even partner if we can build trust,” Mason said.

Innovation in Medicaid has traditionally lagged behind commercial efforts due to a few key factors. One is the lack of investor interest due to the lower reimbursement rates for Medicaid patients, but another remains a complex regulatory environment that sits on top of an ever-changing political landscape.

Case in point, this month’s mid-term elections resulted in three states voting to expand their Medicaid programs. But that number doesn’t take into account a raft of newly elected officials which may choose to ramp up and down individual state programs.

HT4M is seeking to use its presence as a network of Medicaid innovators to be able to formalize information sharing and keep entrepreneurs apprised of what’s current in the industry.

“Our view is that low income people should not have to wait ten years for innovation to come to them,” Mason said. “One of the key things for the people that are innovating is how do we find a mechanism to catch them up to speed on this complicated program.”

By establishing an organization with top Medicaid innovators, the hope is also to steer and advocate for policy changes to remove some of what the group considers to be roadblocks in being able to scale and implement technology solutions for beneficiaries.

Examples listed by Mason – and previously alluded to by Health and Human Services Secretary Alex Azar – include changes to HIPAA and Stark’s Law that would make it easier to collaborate and coordinate on value-based care initiatives.

“We have some insight into what’s coming that should influence how policy is created,” Mason said.

“We’re seeing what’s working and what’s not from the front lines and we’re expected to produce a return and make sure that our solutions are cost-effective as well. If we speak in one voice, I think that will help create a virtuous circle that will be good for our companies and, of course, Medicaid patients too.”

The criteria for membership in HT4M are being the CEO of a venture-backed company that is either in – or looking to enter – the Medicaid market.

Currently the organization is made up of more than 40 members from around the country who have raised between them more than $1 billion of capital, including the leaders of companies like Livongo, Buoy Health and Propeller Health.

Also a part of the organization are the HT4M Council of Experts, a group of 16 experienced healthcare figures from around the industry who will provide guidance and advice to support the group’s aims.

Rich Roth, the chief strategic innovation officer for San Francisco-based  Dignity Health and a member of the council of experts, said from his perspective at a provider organization he’s hoping  HT4M will allow for closer collaborations among companies targeting the Medicaid population.

“One of the great things that the group may do is that the members may come up with pooled solutions for providers where they cross integrate with one another,” Roth said in an in-person interview.

Mason said a major pain point for health systems is having to sort through scores of Medicaid entrepreneurs and part of the function of the newly created organization is to spark conversations and eventually build relationships and partnerships to more directly meet customer needs.

Ultimately, the idea is to lead the conversation around Medicaid’s future and highlight the necessary changes to ensure the program’s future success and growth.

“Sometimes two plus two equals more than four, I think that’s what going to happen with this group,” Mason said. “Not only will we be effective in getting interest, attention and potentially investment for these companies, but there’s going to be an exponential impact and influence when you bring everyone together.”