As people grow older and prefer to manage their health care at home, more need transportation to doctors and outpatient services. As many as 30 percent of all patients skip doctor appointments, citing transportation as a key reason, according to a report by SCI Solutions, a health care technology firm.

By Janet Morrissey | Aug 9, 2018 | This article originally appeared in The New York Times

ABOUT THE AUTHOR
Janet Morrissey is a journalist and author, whose work has appeared in the New York Times, Fortune Magazine, Time Magazine and the Wall Street Journal. Twitter @JMorrisseyNYC

As America’s baby boomers are hitting 65 at a rate of 10,000 a day, and healthier lifestyles are keeping them in their homes longer, demand is escalating for a little talked-about — yet critical — health care-related job: Transporting people to and from nonemergency medical appointments.

“It’s going to become a massive phenomena,” said Ken Dychtwald, founder and chief executive of Age Wave, a consulting firm specializing in age-related issues. “This is an unmet need that’s going to be in the tens of millions of people.”

It’s no longer enough to call a taxi or regular car service and hope that frail seniors can get in and out — or through the entrance of a doctor’s office on their own as the driver speeds off. For people requiring oxygen tanks and wheelchairs, it’s an even bigger challenge, and long waiting periods are often required to arrange for specially equipped vehicles. Those needing transportation and specialized drivers covered by their insurance often have to wade through another labyrinth of red tape.

Many older people require sensitive, skilled or specially certified drivers who know how to deal with someone who’s frail, uses a wheelchair or has mild cognitive problems. “It’s more than pick up and drop off,” Mr. Dychtwald said.

As many as 30 percent of all patients skip doctor appointments, citing transportation as a key reason, according to a report by SCI Solutions, a health care technology firm.

The no-shows cost the health care industry $150 billion in lost revenue annually, as unused time slots cost a doctor an average of $200, the report said.

Those missed appointments could cost the patient and health care system even more in the long-term if a mild illness — left unchecked — turns into a chronic or debilitating one. “It could be the difference between catching a disease early on or too late,” Jamie Gier, chief marketing officer at SCI Solutions, wrote in a commentary.

Mr. Dychtwald calls the need “transport care” and said it isn’t limited to older people. Recovering drug addicts and cancer, dialysis, physical therapy and low-income patients are among those needing to travel to regular medical appointments.

“With people living and working longer, and advances in health care, it’s a need that’s not going to go away,” said Tom Ailor, president of TenderCare of Virginia, a nonemergency medical transportation company. 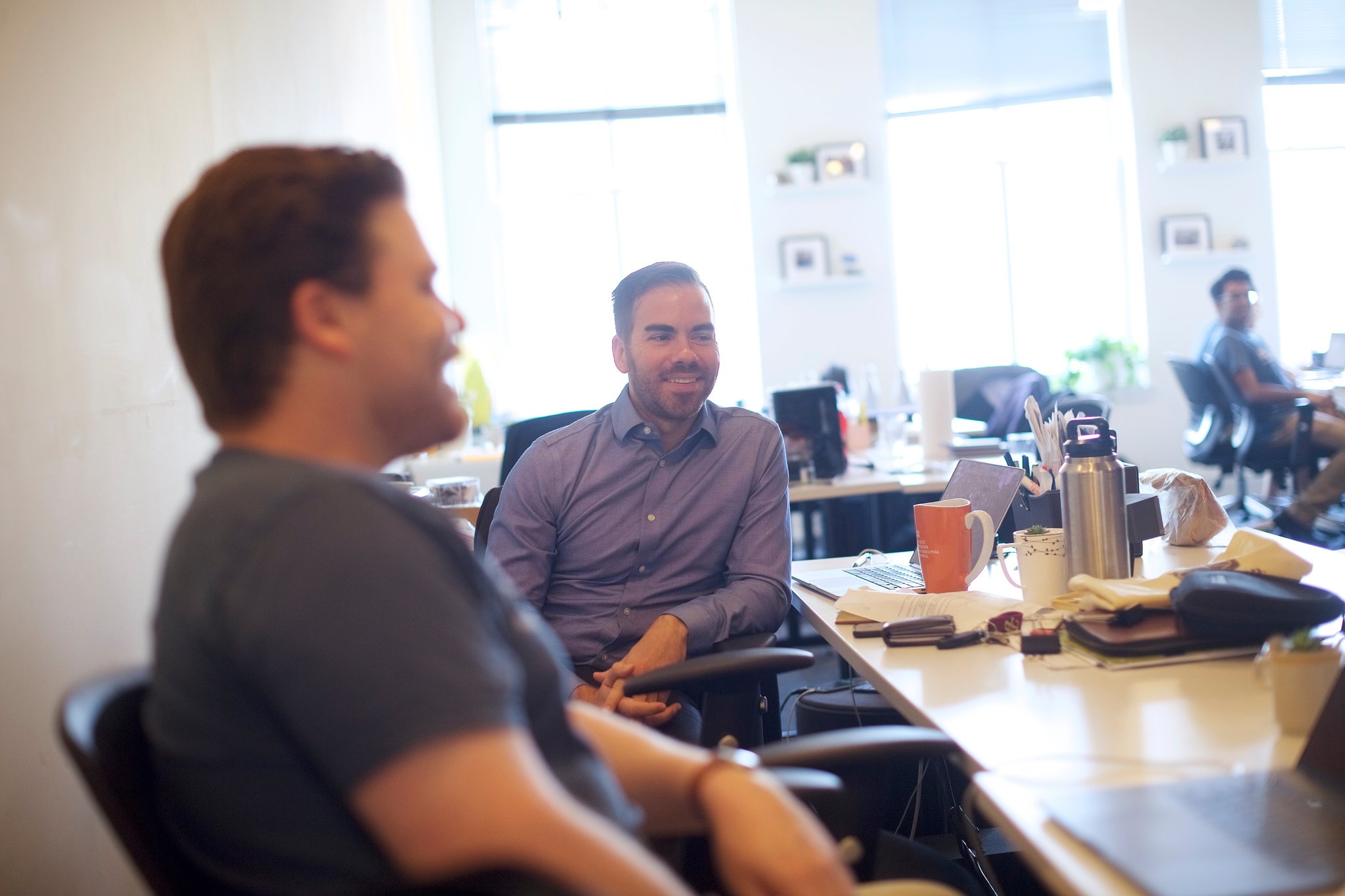 Cody Ward, left, director of operations at RoundTrip, and Mark Switaj, the company’s founder. He started RoundTrip after seeing the transport care problem firsthand while working as an emergency medical technician. [Credit: Mark Makela for The New York Times]

Several technology start-ups, RoundTrip, Circulation Inc. and Kaizen Health have set up shop over the past two years to address this need. Each created an online portal that complies with federal regulations under the Health Insurance Portability and Accountability Act (HIPAA) and makes it easy to find, book and track customized rides for patients. Each company partners with health care facilities and transportation companies, which matches skilled drivers with patients’ needs. It even handles the insurance end.

Mark Switaj, who founded RoundTrip in early 2017, saw the transport care problem firsthand while working as an emergency medical technician and at other health care-related jobs in the mid-Atlantic region for 15 years. He saw what he called a clunky, layered system that was inefficient and unreliable for doctors and patients.

“I saw patients giving up — simply not going to their doctor anymore because they felt the ride was really a burden to them,” he said.

So, Mr. Switaj used his health care experience and business skills learned from Boston College and Georgetown University to create RoundTrip, which is based in Philadelphia. Now, a patient or social worker can log onto the RoundTrip portal and book a ride. The patient receives phone calls or texts, with real-time updates on the status of the ride, which can cost up to 40 percent less than a taxi voucher, be booked in about a minute and be tracked from start to finish, said Mr. Switaj. He said the no-show rate for medical facilities using his portal was less than 4 percent.

RoundTrip has 15 health care partners, many of which operate in dozens of locations, and 200 transportation organizations in its network in more than 23 states.

Circulation, based in Boston, has grown rapidly since it started in 2016. It partners with 95 health care providers (many of which have dozens of locations) in 45 states, up from three facilities in three states in 2016. John Brownstein, a professor at Harvard Medical School and chief innovation officer at Boston Children’s Hospital, came up with the idea for Circulation after the success of Uber Health, another program he created in 2014.

“We put nurses into Uber vehicles and delivered flu shots to where people were,” he said, and people signed up in droves — even those who had never had flu shots before. So, he decided to create a similar program that would make it easier for people to get transportation to nonemergency medical appointments.

Bill Lubenow, 78, of Haddonfield, N.J., used to spend an hour driving to the train station, taking the train to Philadelphia and then walking to the hospital for his hyperbaric oxygen therapy sessions four times a week as part of his post-cancer therapy. Then his daughter, Anne, who lives in Chicago, started booking his transportation through RoundTrip, which allowed her to track the ride to make sure her father got there and back safely.

“She was concerned about me traveling alone,” he said, adding that the trip now takes him only about 20 minutes. “It’s faster, more convenient and less stressful.”

Karen Frazier, 66, of Yorba Linda, Calif., broke her elbow in May and was unable to drive. But coordinating transportation to and from her physical therapy sessions, about eight miles from her suburban Los Angeles home, was challenging. 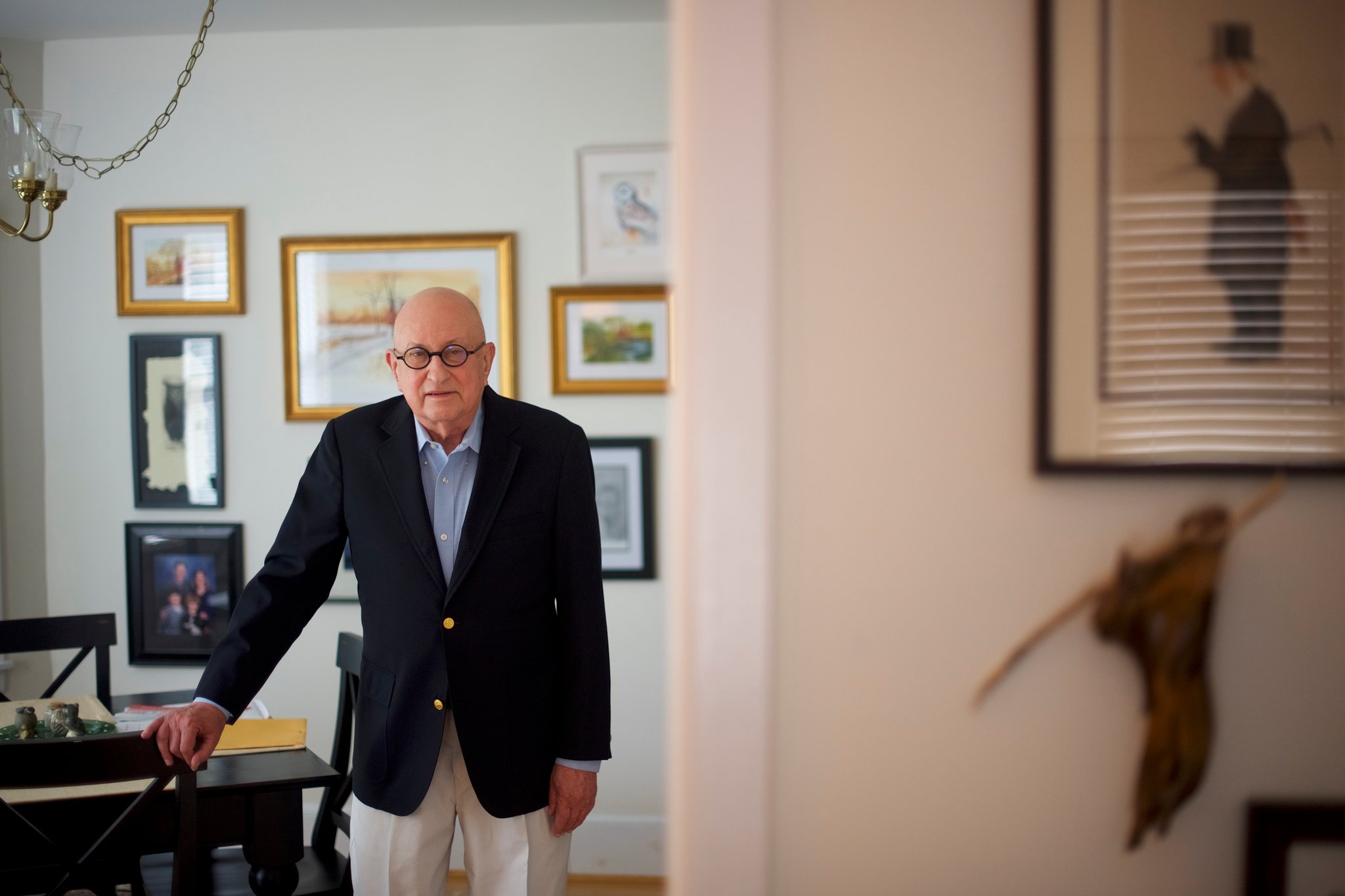 Bill Lubenow used to spend an hour driving to the train station, taking the train to Philadelphia and then walking to the hospital four times a week. He now uses RoundTrip. [Credit: Mark Makela for The New York Times]

She now books through RoundTrip. “I’m very very pleased with how this platform works,” she said.

Jenna, 27, of the Cleveland area (who asked that her last name be withheld) has struggled with drug and alcohol addiction problems since she was 12. She enrolled in rehabilitation programs several times for cocaine and heroin addiction since 2012, but relapsed each time. She attributed part of the relapse problem to missing post-rehab meetings to fix the underlying cause of her addiction. She admitted it was tough motivating herself to arrange transportation to the meetings.

This time, she says, it’s different. The St. Vincent Charity Medical Center, where she attends outpatient sessions, signed up with Circulation, which gives her free transportation to and from her sessions and drops her off at her new job after the meetings.

“It definitely benefited multiple aspects of my life and has been a huge asset to me rebuilding my life and getting back on my feet,” Jenna said. She said she has been sober for four months.

Experts see strong growth opportunities for transport care over the next decade.

About 21 percent of those over 65 don’t drive, many for health reasons, according to Jana Lynott, senior strategic policy adviser with the AARP Public Policy Institute.

And many of those do not have children or spouses to drive them to medical appointments. About 20 percent of baby boomers do not have children, up from 8 percent in the previous generation, Mr. Dychtwald noted. And about 19 million people 65 or older are single, either because they never married, are divorced, or outlived their spouse.

“With the population aging, we absolutely see a lot of growth in need,” said Jennifer Hartt, director of investments in health and digital health for Ben Franklin Technology Partners and an early investor in RoundTrip.

Ms. Lynott said she would ultimately like to see all travel and health care companies access the same portal to streamline services across the country, similar to the system in Denmark. However, she speculates this might be a tough sell as companies hang onto their proprietary software portals.

“Everything in transportation is changing right now, and it’s changing in big ways and quite rapidly,” Ms. Lynott said. “There is an unmet demand today, and it’s only going to get bigger.”

[COVER IMAGE CREDIT: Mark Makela for The New York Times]
Workers at RoundTrip in Philadelphia, a start-up that organizes health care transportation. The company has 15 health care partners, many of which operate in dozens of locations, and 200 transportation organizations in its network in more than 23 states.